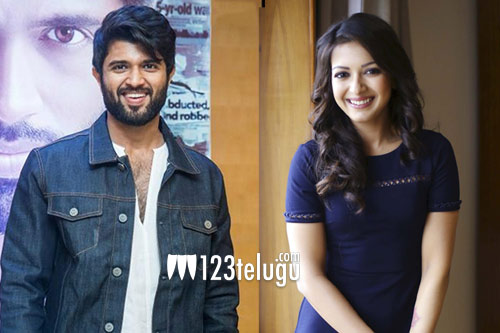 It’s well-known that Vijay Deverakonda will soon be teaming up with Malli Malli Idhi Rani Roju’s director Kranthi Madhav for an intense romantic drama. This will be the 46th production of senior producer KS Ramarao of Creative Commercials banner.

As per the latest update, Bengaluru actress Catherine Tresa has been roped in for a key role in the Vijay-Kranthi Madhav film. Catherine reportedly signed the film as she found her role to be as challenging as the characters she had played in Sarrainodu and Nene Raju Nene Mantri.

Incidentally, the makers had earlier roped in Raashi Khanna, Aishwarya Rajesh and Brazilian model Izabelle as the film’s leading ladies. Whether Catherine is going to replace any of the above heroines or not will be revealed soon. This as-yet-untitled film will go on floors from February. Gopi Sundar will be composing the music.