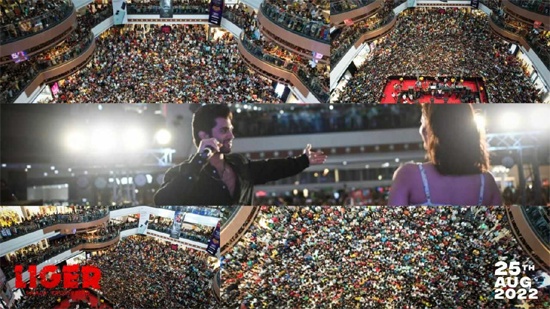 Tollywood actor Vijay Deverakonda became quite popular in North India as well. Many celebrities expressed their fanism towards the young sensation many times. His next, Liger, is up for a grand release on August 25, 2022, and the actor took the whole responsibility to promote the film in every possible way.

As a part of the promotions of Liger, he attended an event at a mall in Mumbai and unexpectedly, his fans and many people attended it. The entire mall is filled with his fans and the scene shocked everyone. During the event, one of the lady fans fainted because of the suffocation created by the people-packed mall. She was taken out immediately and given first aid in no time. She became normal as soon as she got the treatment.

Coming to the movie, Ananya Panday is the lead actress in the sports drama. Mike Tyson, Ramya Krishnan, and others are also a part of this biggie, directed by Puri Jagannadh. The movie will release in all major South Indian languages and Hindi also.