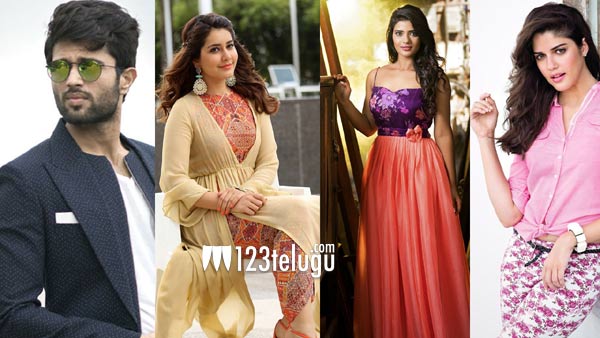 It’s been reported already that Vijay Deverakonda will soon be teaming up with Malli Malli Idhi Rani Roju’s director Kranthi Madhav for an intense romantic drama. The film will be presented by senior producer KS Ramarao under Creative Commercials banner. This is his 46th production.

As per the latest update, this as-yet-untitled film will be launched at a formal ceremony on October 18, on the auspicious Dasara festive day. The film will feature three young beauties – Raashi Khanna, Aishwarya Rajesh and Izabelle De at the female leads. Gopi Sundar will be composing the music and Jay Kay will handle cinematography. KS Ramarao’s son KA Vallabha is the producer.