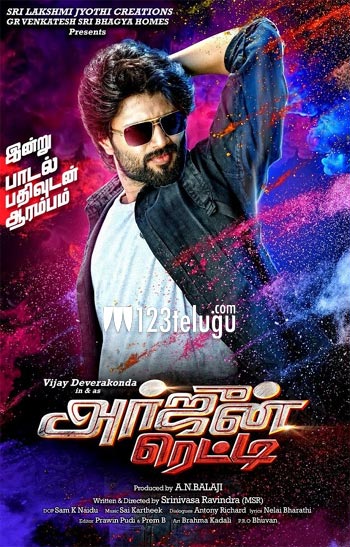 Ever since the blockbuster success of Arjun Reddy, Tollywood heart-throb Vijay Deverakonda has been a name to reckon with even in Tamil Nadu. Now, Vijay’s 2017 con thriller, Dwaraka, is all set for release in Tamil. Interestingly, Dwaraka’s Tamil version has been titled Arjun Reddy.

In Dwaraka, Vijay was seen as a small-time thief who dons a fake godman’s avatar under some circumstances. Gujarati actress Pooja Jhaveri is the film’s leading lady and Srinivas Ravindra is the director. Dwaraka’s Tamil version Arjun Reddy’s dubbing formalities are underway at the moment. AN Balaji is releasing the film across Tamil Nadu in February.