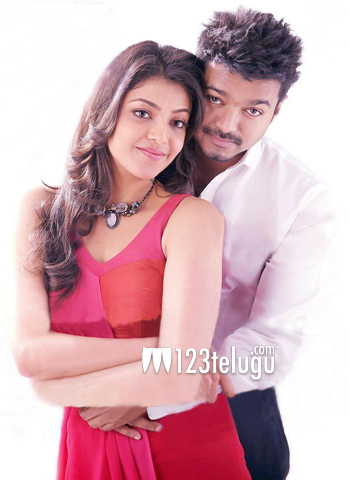 The shooting of Vijay, Mohanlal and Kajal starrer Jilla is currently progressing in Hyderabad. Directed by Nesan, the film is being produced by R B Choudhary under Super Good Movies banner. The film’s talkie portion has already been wrapped up and two more songs are going to be shot in the next few days.

Now, a special song is being canned on Vijay and three other actresses. Scarlett Wilson, who had earlier danced for item numbers in Cameraman Ganga Tho Rambabu, Yevadu and Chandi, has been roped in for this song. After this song, another song featuring all the lead actors will be shot soon.

Most part of the film has been shot near Madurai, Chennai and Hyderabad. D Imman is scoring the music and the film will hit the screens in January, 2014. The film is also expected to be dubbed in Telugu next year.