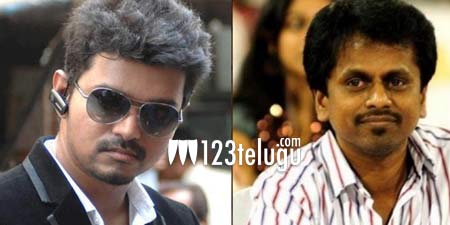 It’s well-known that Tamil star Vijay and director AR Murugadoss will be joining hands with each other for the third time after delivering two blockbusters, Thuppaki and Kaththi, in the past. Leading Tamil production house Sun Pictures will bankroll this highly-anticipated project.

Until recently, there were reports that this high-budget entertainer will kick-start its shoot from February. However, the latest update is that the film will be launched with a formal puja ceremony today and then go on floors today itself. The first schedule will only last for a couple of days.

Keerthy Suresh is the film’s leading lady and AR Rahman will compose music for the movie. The film will be hitting the screens during Dasara, 2018.