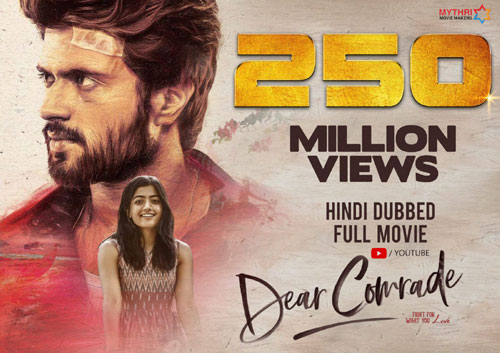 Released in 2019, young stars Vijay Deverakonda and Rashmika Mandanna’s Dear Comrade was lauded for its sensitive portrayal of harassment in women’s sport. The lead actors’ performances received accolades from fans and critics.

Dear Comrade was dubbed in Hindi and had its YouTube release in January, 2020. Now, the film has surpassed a major milestone by clocking over 250 million views on Goldmines Telefilms channel. The film was directed by Bharat Kamma and produced by Yash Rangineni and Mythri Movie Makers banner.