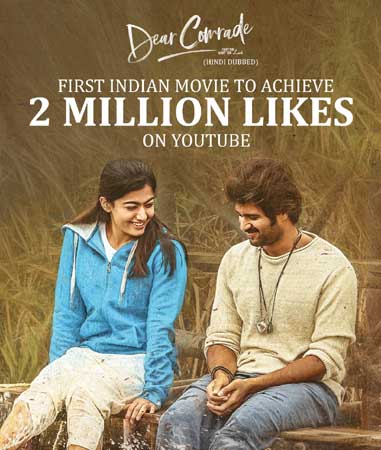 Dear Comrade’s Hindi version had its digital premiere on YouTube in January this year. The film has amassed a solid 160 plus million views within 7 months of its digital release. The film was directed by debutant Bharat Kamma and produced under Mythri Movie Makers and Yash Rangineni’s Big Ben Cinemas banners.