Vijay Sethupathi-Jayaram’s Radio Madhav gets a release date
Published on Apr 6, 2021 1:03 am IST 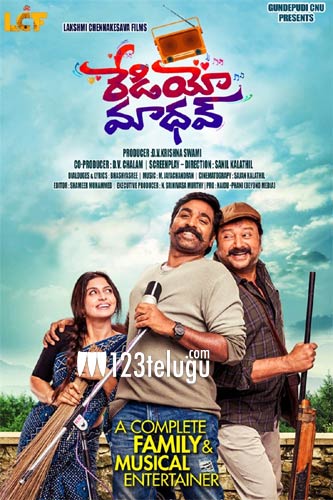 Acclaimed Tamil and Malayalam stars, Vijay Sethupathi and Jayaram, shared screen space in the Malayalam drama, Maarconi Mathaai. The film is dubbed in Telugu with the title ‘Radio Madhav. DV Krishnaswamy, who presented Dulquer Salmaan and Sai Pallavi’s Hey Pillagaada in the past, is releasing Radio Madhav on April 23.

Radio Madhav is directed by M. Jayachandran. The film is all about Vijay Sethupathi’s character helping out Jayaram’s character to win his love. During the film’s release date announcement effect at Prasad Labs today, Jayaram spoke via video call and expressed happiness on his Malayalam film getting a release in Telugu. Gundepudi Seenu is presenting the movie.