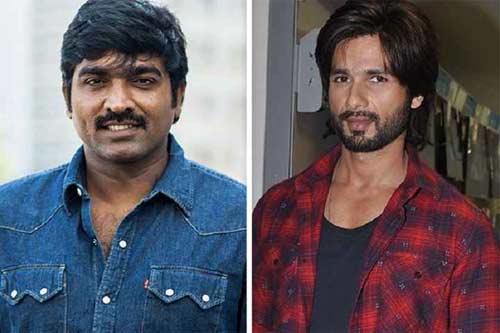 Vijay Sethupathi’s career is on a high with multiple projects in Tamil and Telugu these days. The actor will soon be seen locking horns with Vijay in Lokesh Kanagaraj’s Master, and he has Uppena in Telugu as well. Now, buzz is that the actor has signed a web series that will also have Shahid Kapoor in a lead role.

The principal shooting of the web series is expected to begin in January, and Raj & DK, who made Family Man, are going to direct this multi-episode series. Although details about the show have been kept under wraps, the makers have promised that they are going to portray Vijay Sethupathi in a never before seen role.

Incidentally, this series will also mark Vijay Sethupathi’s foray into a nation-wide OTT platform, and his debut will undoubtedly be eagerly awaited by his fans and admirers. More details about the show are expected to be revealed soon.