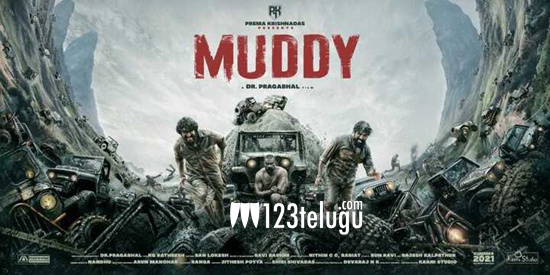 Mud racing is a form of off-road motorsport, and movies based on this theme are rare in cinema. The film has themes like revenge, family drama, friendship and gangwars all packed in an adrenaline-filled racing backdrop. Muddy features a bunch of newcomers playing lead roles and the soundtrack is being composed by KGF fame Ravi Basrur. The film is in the final stages of production. Prema Krishnadas is bankrolling the film under PK7 Creations banner.