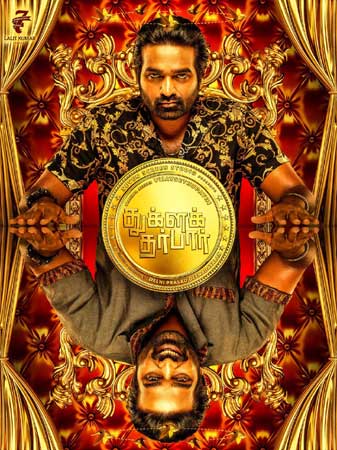 Vijay Sethupathi’s new film, Tughlaq Durbar’s first look has been unveiled by the makers. Seen in serious avatars in two of his looks, Sethupathi’s poster has been getting positive feedback from all quarters.

Being directed by Delhi Prasad Deenadayalan, the film has wrapped up its entire shooting part before lockdown itself. Meanwhile, the latest buzz is that the film will complete its post-production formalities this month and has chances to have a direct OTT release.

Lalit Kumar and Viacom 18 Studios have produced the film, jointly. Aditi Rao Hydari is the female lead in the film.