Vijay to promote Policeodu extensively
Published on Apr 1, 2016 2:43 am IST 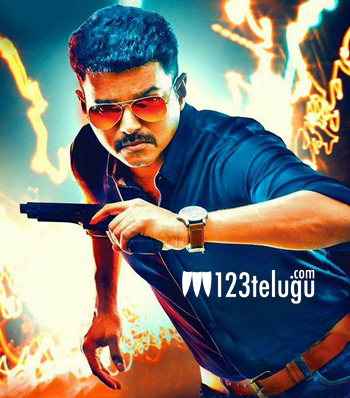 Ilayathalapathi Vijay will soon be seen in Telugu as ‘Policeodu’. This is the Telugu title for the eagerly anticipated Tamil movie ‘Theri’, which has Samantha and Amy Jackson as the female leads. The movie is expected to give a big break for Vijay in Telugu as it has been generating good buzz in AP and Telangana.

Vijay seems to have realised that it is a golden opportunity for him. He is now gearing up to extensively promote the movie in Andhra Pradesh and Telangana and producer Dil Raju, who is releasing the movie’s Telugu version, is also expected to give a big boost for the movie.

Raja Rani fame Atlee has directed this big budget entertainer and GV Prakash Kumar has composed the music. Kalaipuli S Thanu is the producer of this movie.