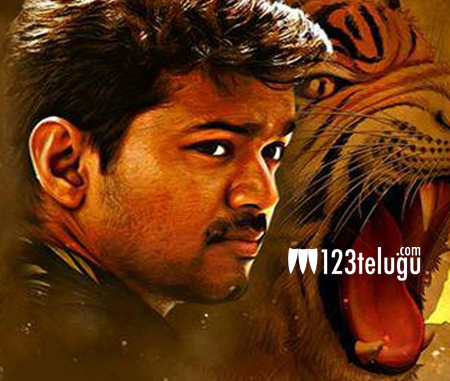 Super star Vijay, is one of the most charismatic stars in Tamil Nadu. He is currently shooting for a big budget period drama Puli in the direction of Chimbu Devan.

Shooting of this film is almost complete and the post production is going on in full swing. According to the latest update, Vijay has started dubbing for the film and is taking utmost care for his character which will have a royal lineage in the film.

Reports also reveal that Vijay is making sure that he gets the diction right for his role in this period drama. ‘Puli’ also marks the comeback of Sridevi to the Tamil screen and she appears as a royal queen in the film. This film also has Shruti Haasan and Hansika as the female leads.