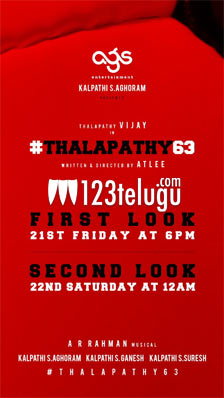 The big update is finally here as the news about Tamil star Vijay’s film has gone viral. The latest update is that the first look of the film will be out on the 21st of June at 6 PM and the second look will be out the next day afternoon 12 PM.

These looks are being revealed to celebrate Vijay’s birthday which happens to be on 22nd June. Atlee is directing this film which is Vijay’s third with the director.

The film is a sports drama and Vijay will be seen in two different looks. SRK is also said to be a part of this film but there is no confirmation.