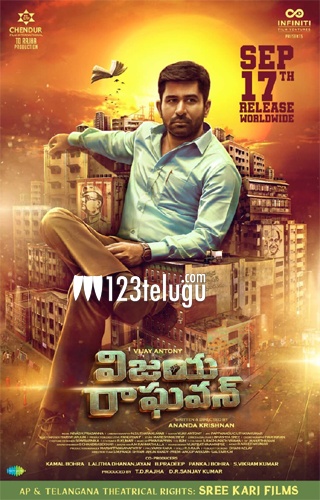 It is a known fact that Vijay Anthony is doing a film called Vijay Raghavan. The shoot has been complete and the makers have released the trailer in a big way which impressed one and all.

Now, the latest update is that the film will be out on the 17th of September. The film is a political drama where Vijay Anthony plays a school teacher who enters politics.

The film is directed and produced by Ananda Krishnan and he has triggered a good subject as per the trailer. The film has music by Nivas and Vijay Antony, Aathmika, Ramachandra Raju and Prabhakar play key roles.