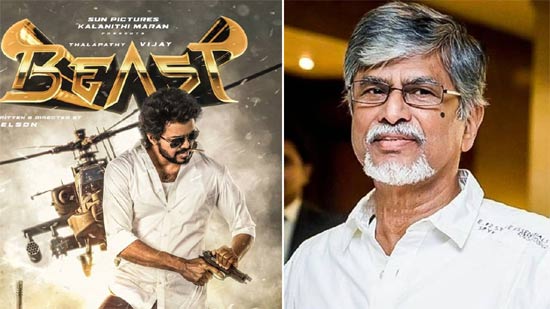 Beast is a film that has disappointed many as it did not meet the expectations of the fans. Though the film is making some money in Tamil Nadu, it has become a big flop elsewhere

Now, Vijay’s father, Chandrasekhar has slammed the director for narrating the film in such a bad manner. In an interview, the noted producer and director slammed Nelson for not penning a proper storyline in Beast.

Chandrasekhar also added that Nelson did not use the great opportunity given by Vijay and showcased the film in such a bad manner. Except for fights, the film had nothing to offer and Nelson is to be blamed completely said Chandrasekhar.