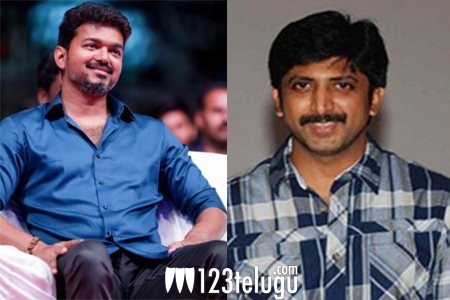 Tamil star Vijay is currently working on his 63rd protect with young director Atlee. The film is slated to hit screens during the Diwali festive season later this year. Meanwhile, there have been numerous speculations about Vijay’s next.

Putting an end to all the rumors, talented Tamil filmmaker Jayam Raja, who had earlier made Dhruva’s Tamil original Thani Oruvan, has confirmed in a latest media interaction that he is currently penning the script for Vijay’s next. More details about the film’s producer and other cast members.