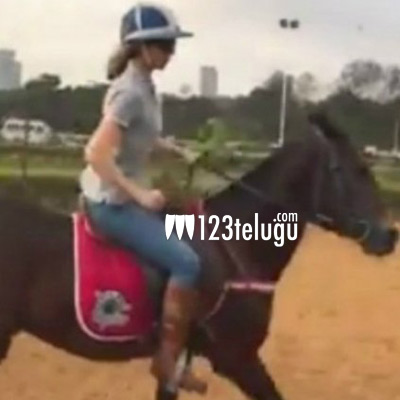 Post the success of Baahubali, ace writer, Vijendra Prasad has been offered many Hindi films and one among them is a film based on the life of Jhansi Lakshmi Bai. Kangana Ranaut has been roped in to play the female lead in this film and the pre-production of this project has already started.

As the director of this project is yet to be announced, Kangana on her behalf has started prepping for her role. Today, she was seen taking horse riding lessons in Mumbai.

This film will be made on a huge scale and massive VFX work will also be used. More details of this project will soon be revealed.