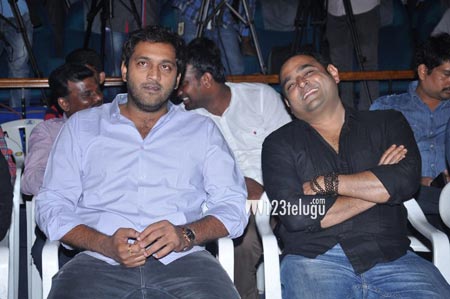 Director Vikram Kumar, is one name which has become synonymous with hit films. His latest film, 24 has hit the bull eye and the movie unit celebrated the success meet of the film yesterday in Hyderabad.

Speaking at the occasion, Vikram Kumar specially lauded Ajay for his role in the film. The ace director said that Ajay is the most under rated actor in Tollywood and can do any type of roles. He also added that if given more opportunities, he can surprise everyone with his acting skills.

Ajay played Suriya’s right hand in the film and won good applause from the audience. 24 has been going great guns all over its areas of release and is collecting good amounts at the box office.