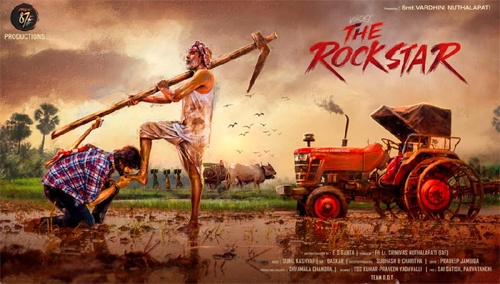 Newbies Vikram and Amrutha Chowdary joined hands together for an upcoming film titled Vikky The Rockstar. Helmed by the director CS Ganta, the movie is said to be a first of its kind movie.

The makers have released the first look and motion poster of the film. It looks so good and raises expectations on the flick. As the poster suggests, the film is being made with a unique concept and it’s the distinctive genre for Tollywood. The poster indicates that there will be an interesting point in the movie.

Poduced by Flight Lieutenant Srinivas Nuthalapati(IAF) under the banner Studio87 Productions. Sunil Kashyap has composed music for this movie, while Bhaskar has handled the camera. They will soon announce release date of the movie, which is currently in the pre-production stage.