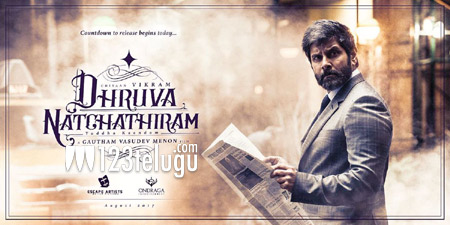 It is already known that versatile actor, Vikram joined hands with intellectual director Gautham Menon for his next flick. The movie is titled as Dhruva Natchathiram in Tamil.

Meanwhile, the first look poster of this movie which got released yesterday is getting a tremendous response on social media.

Vikram plays John in the film and he looks highly sophisticated as the middle-aged man in this first look poster. More details of this project will be revealed soon.