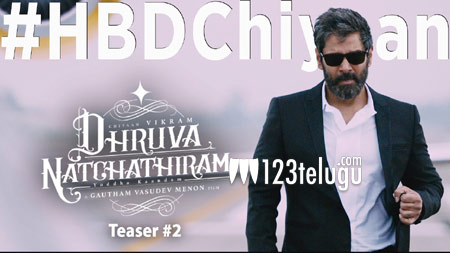 The teaser is stylish in every frame and Vikram is class personified and redefines swag with his ultra cool screen presence as Agent John. Interestingly, the teaser begins from where the first teaser ends.

While the first teaser was set in the US, the latest teaser has Vikram landing in New Delhi. Telugu beauties Aishwarya Rajesh and Ritu Varma will be seen romancing Vikram in this movie. Dhruva Natchathiram is slated to hit the screens in August.