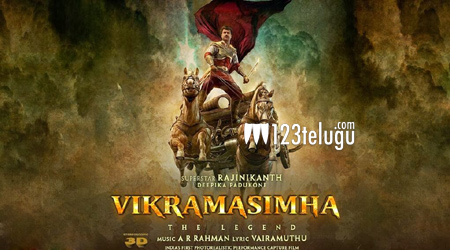 Superstar Rajinikanth’s ‘Vikramasimha’ was supposed to release this week in Andhra Pradesh but as per the latest news being heard, the film seems to have been postponed.

As of now, no official confirmation has come but bookings have been stopped in a few areas. A statement is expected from the production house soon.

Despite being a Rajinikanth film, ‘Vikramasimha’ is suffering from low buzz as it is not a regular movie. Most people are treating it as a cartoon film and that is the reason for this predicament. The film has been directed by Rajinikanth’s daughter Soundarya.