Vikram’s Cobra available for streaming on this OTT platform now
Published on Sep 28, 2022 2:22 am IST 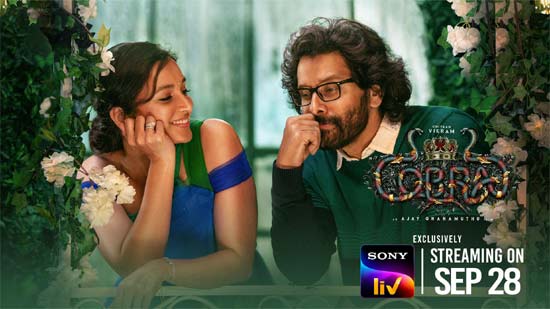 This year Vikram came up with Cobra film which didn’t meet the high expectations it had. Hence the film was a massive disappointment at the ticket windows. Confusing screenplay and lengthy runtime were the key reasons behind this failure.

Well, the latest news is that the film is currently streaming on the SonyLIV platform in Telugu, Tamil, Malayalam, and Kannada languages with English subtitles. The film was cut short by fifteen minutes on day two due to public demand. However, now in the OTT, the entire film is available without any cuts.

KGF fame Srinidhi Shetty and sizzling beauty Mrinalini Ravi played the female leads. Ajay Gnanamuthu directed the film and it is produced by Seven Screen Studios. AR Rahman is the music composer. Those who missed watching it in theatres can now enjoy it on SonyLIV.