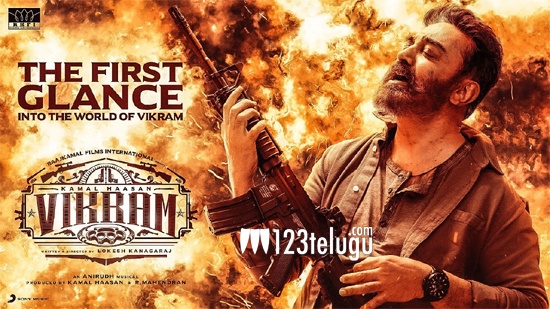 Vikram First Glance shows few people attacking a police station with guns. Holds two shields to protect himself from bullets, Kamal Haasan makes entry in style as he keeps them aside to take on the goons. Fahadh Faasil can be seen in the opposite gang with gun in the video.

It’s too good to see Kamal Haasan in such action-packed role, thanks to Lokesh Kanagaraj who is presenting the actor in a stylish and mass avatar. The first glance is astonishing with riveting background score by Anirudh Ravichander.