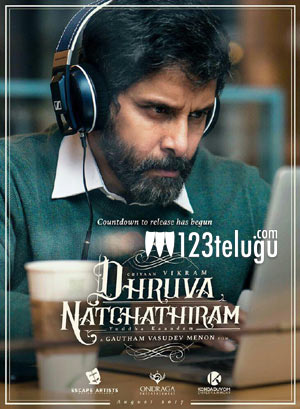 It is already known Vikram has joined hands with stylish director Gautham Menon for his next action flick Dhruva Natchathiram. The makers of the film are releasing various first look posters of the film featuring Vikram in a salt and pepper look.

The response to these posters has been quite good as the social media is abuzz with some positive compliments. Vikram always experiments with his looks and changes himself with every film of his.

Vikram plays a mature guy called John in this film which will be made on a huge scale. Pre-production of this film is on in full swing and the shoot will kick start in February.