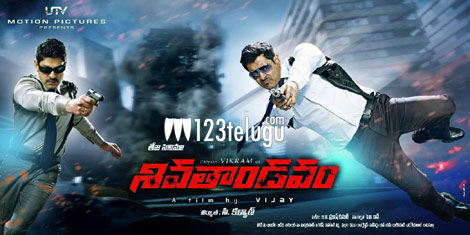 Vikram’s high octane action entertainer Shiva Thandavam is all set for a grand release on September 28. Currently the film is completing its dubbing formalities at the Shabdalaya Studios in Hyderabad. Vikram is playing the role of a visually challenged person, who senses objects through sounds. C Kalyan brings this movie in Telugu as Amy Jackson, Jagapathi Babu and Lakshmi Rai play pivotal roles. G V Prakash has composed music for this film which is directed by A L Vijay Kumar.