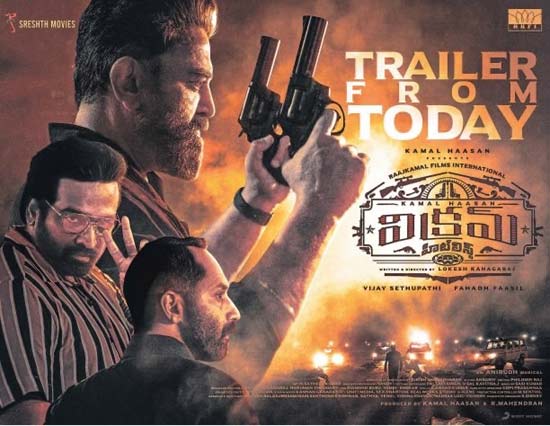 The latest news is that the makers of Vikram have announced that the much-awaited Telugu trailer of the film will be released today in the evening. Also, actor Nithiin will release the movie in Telugu under his home banner Sreshth Movies.

Having Suriya in a pivotal role, the multilingual movie is produced by Raaj Kamal Films International and Red Giant Movies on a grand scale. Anirudh Ravichander is the music director for this movie, scheduled to hit screens on June 3, 2022.