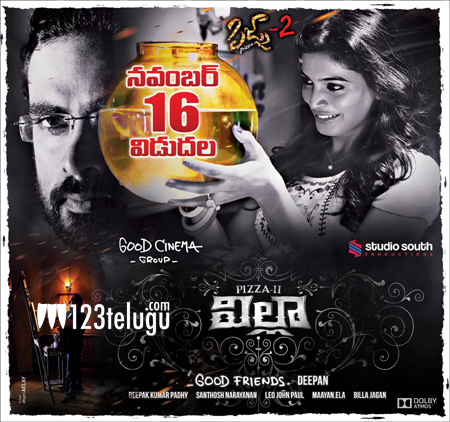 The film ‘Villa (Pizza 2) is getting ready for its Telugu release on the 16th of this month. The film has released today in Tamil Nadu and it has received a good response there from critics as well as movie lovers. The film is a sequel for the super hit film ‘Pizza’.

Ashok and Sanchita Padukone will be seen in lead roles in this movie. Deepan R has directed this movie and Good Cinema Group has bagged the rights for the Telugu version of this movie.

The film’s music has been composed by Santosh Nayaranan. ‘Pizza’ was appreciated for its good entertainment as well as suspense quotient. Going by what Tamil media is reporting, it looks like ‘Villa’ has also managed to do the same. Let us wait until the 16th of this month to find out.