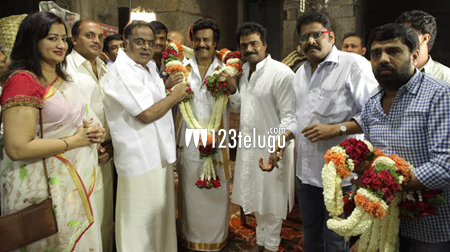 Villagers of Anajpur in Rangareddy district disrupted the shooting of Superstar Rajinikanth’s upcoming film ‘Linga’. This film’s current schedule is been shot in and around Ramoji Film City.

Villagers are alleging that the chemicals used for shooting purpose are been disposed in the nearby lake and are polluting the drinking water. Film unit argued that they took permission from the concerned departments but it went in vain as villagers continued to protest.

Earlier, the same Anajpur villagers disrupted the shooting of SS Rajamouli’s ‘Bahubali’. Filmmakers usually prefer this village as it is very close to RFC.

Directed by Ravikumar, ‘Liinga’ also stars Anushka, Sonakshi Sinha and Jagapathi Babu in other prominent roles. AR Rahman is scoring the music for this film which is slated to release during Diwali.