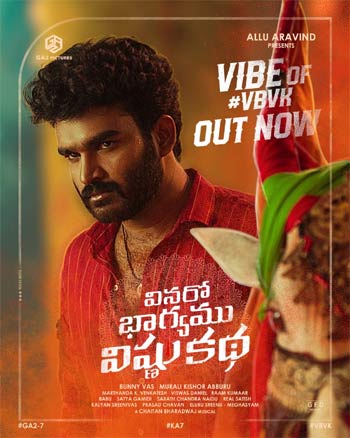 Kiran Abbavaram is doing back to back films and one of them is Vinaro Bhagyamu Vishnu Katha. On the eve of his birthday tomorrow, the makers revealed a small glimpse.

The film is set in Tirupati and is the story of Vishnu played by Kiran Abbavaram. The visuals are good and so is the interesting backdrop of the film.

Bunny Vas has produced this film which Allu Aravind presents. Murali Kishore Babu is directing the film while Chaitan Bharadwaj is the music director.