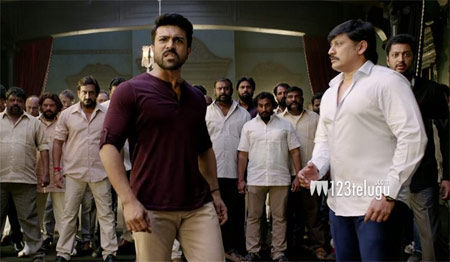 Ram Charan’s Vinaya Vidheya Rama directed by Boyapati Sreenu was a flop at the box office disappointing many mega fans.

Months later, the film was aired on Star Maa and garnered 8.1 TRP’s. Though there is nothing special in that, the surprising factor is that the film garnered even more TRP’s of 8.2 ratings when it was aired the second time around and that after a long gap and in the afternoon time.

This shows that the craze for the mass commercial entertainer is still intact with the family audience and they love to watch such films.