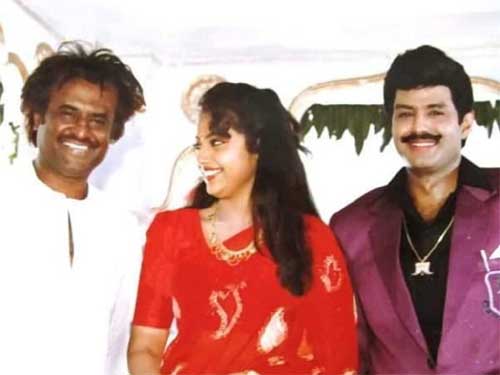 Meena was one of the most popular child actresses of her time. She then transformed herself into a popular heroine in her 90’s and did multiple films in the south.

Meena has done films with so many stars and Bobbili Simham was one of the biggest hits in her career. She acted opposite Balayya and a picture from the launch of the film has gone viral.

Seen here in the picture is Meena along with Balayya and Rajinikanth who came to launch the film. Bobbili Simham’ was directed by A Kodandarami Reddy and was rage at the box office.