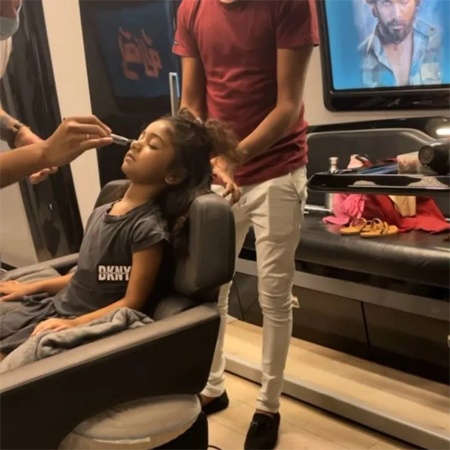 It is a known fact that Allu Arjun’s daughter, Allu Arha is making her debut with the film Shakunthalam. The news now is that Arha has joined the sets today in Hyderabad.

A small clip where she is getting her maker up done in her dad, Allu Arjun’s vanity van has gone viral all over. Shakunthalam has Samantha as the main lead and Gunsekhar directs it.

The film is a period love story and is being canned in a specially erected set in Annapurna Studios. We need to see how Arha does her role in the film.