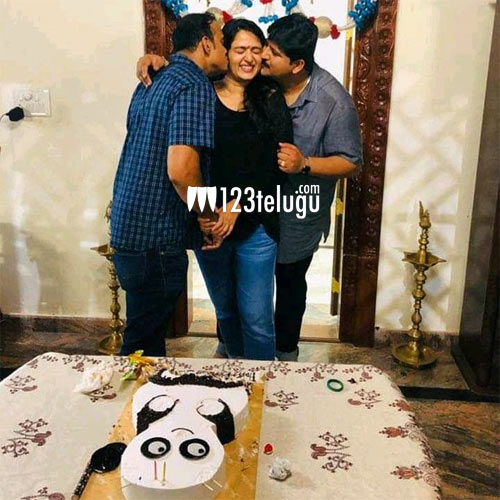 Not many know about her family and Anushka has two brothers. The star heroine celebrated her birthday on the 7th of November.

One cute snap from her birthday has gone viral all over the social media now. Seen here in the above picture are Anushka’s two brothers kissing her on her birthday.

This snap has gone viral now. Anushka will next be seen in Nishabdam which will release in December this year.