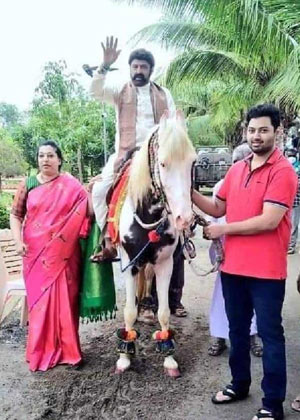 But Balayya is always special in whatever he does. He is now in sister Daggubati Purandeswari’s house in Karamchedu, in the Prakasam district.

But one picture of Balayya on a horseback along with his son Mokshagnya has gone viral in no time. Also seen is Balayya’s wife Vasundhara.

Balayya is super high with the success of his latest film Akhanda which is still making money during this crunch Sankranthi season.