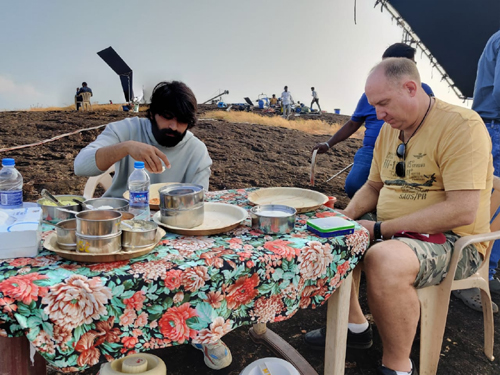 It is a known fact that the shooting of Pushpa is happening at a brisk pace. Jani Master has composed one song for the film and Jani says that he had a whale of a time shooting for the film.

He also showed a glimpse of the sets where he is sitting with the film’s DOP. The visuals in Pushpa are going to be super special and Jani master says that the fans are in for a ride.

Incidentally, Jani Master choreographed the hit song Butta Bomma for Allu Arjun in Ala Vaikunthapuramlo and we need to see what kind of magic does he re-create now in Pushpa.