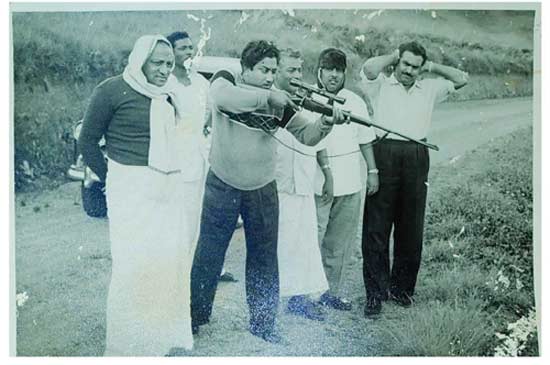 Sivaji Ganesan is one of the greatest legends to have graced Indian cinema. He has done some of the best roles in his career and is known to lead life king size during his younger days.

In one of the snaps that have gone viral now, Sivaji Ganesan is seen hunting in a noted forest in Tamil Nadu. The talk is that Sivaji Ganesan used to love his hunting and waited for a break from his busy schedule so that he could go for hunting.

This picture has gone viral now in the social media and brings back memories of the superstar in the opening once again.