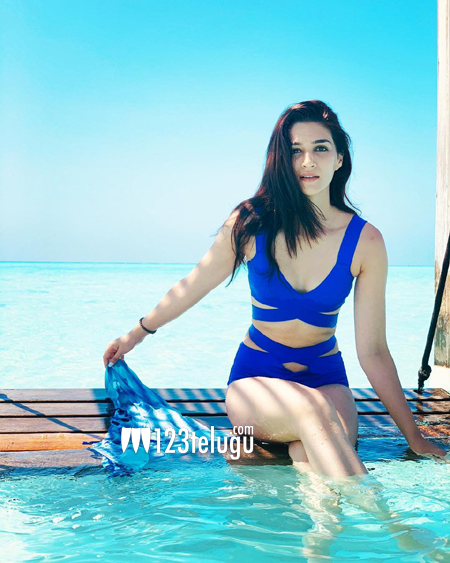 Kriti Sanon started her career with Mahesh Babu in his film Neokkadine. Now, she is a big star in Bollywood and has some plump offers in her hand.

Kriti is also known for her bold looks and seen here she is raising the heat in a blue bikini. Kriti looks a million bucks in this snap as this picture has gone viral on the social media.

Kriti will next be seen in Panipat and another film in Karan Johar’s production.