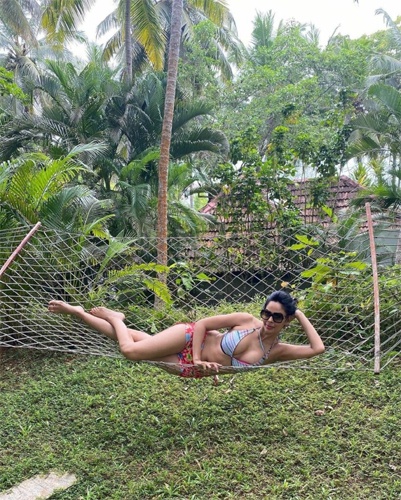 Mallika Sherawat is an actress who needs no introduction. She is one of the hottest actors in the country and still, is ruling the roost when it comes to glamor and body.

Though she has reduced the number of films she is doing, Mallika has never lost her shape and is giving all the new actors a run for their money.

One such picture of her has gone viral and has brought her back in the news. Seen here is Mallika in a sizzling hot avatar chilling in a bikini. She is holidaying in a beach resort as of now.