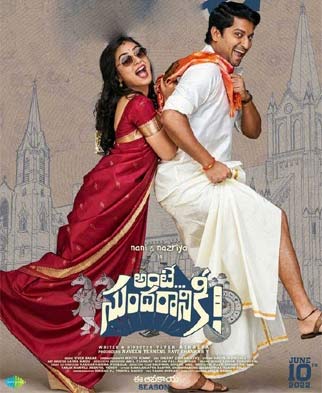 Nani’s latest movie Ante Sundaraniki is up for a grand release this Friday in theaters worldwide. Nazriya Fahadh is the female lead in this Vivek Athreya directorial.

Nazriya took to Instagram and shared a dancing video. While Nani’s wife Anjana Yelavarthy and Nazriya are dancing to Ante Sundaraniki’s promo song, Nani joined and continued dancing along with them. The dance video has gone viral in no time and netizens are appreciating their dancing skills.

The film’s pre-release event will happen tonight and Pawan Kalyan is the chief guest. Produced by Mythri Movie Makers, the movie has Vivek Sagar’s music.