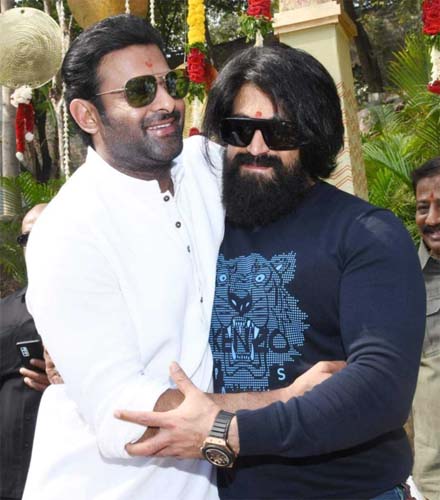 Slowly but steadily, Yash is becoming a hot favorite with the Telugu audience. The craze with which Yash is doing films is there for us to see. He was in Hyderabad to launch the first film of Prabhas and there was a solid crowd to watch him along with Prabhas.

Speaking of Prabhas, he is also a huge pan-India star and is giving all the big heroes a run for their money. So, what happens when the two big stars meet, it will surely be a feast for the eyes for many.

The same thing happened today as Yash and Prabhas made the fans happy as they were seen speaking to each other on a jovial note. The pictures of the launch and star heroes have gone viral all over. Salaar is directed by Prashanth Neel.