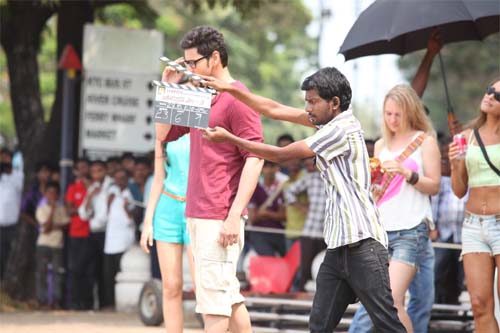 This picture of young director Buchi Babu Sana sounding the clapboard for a shot featuring star hero Mahesh Babu and Bollywood actress Kriti Sanon on the set of 1 Nenokkadine has been going viral on social media. It’s well known that Buchi had started out his career as one of the Assistant Directors in his guru Sukumar’s direction team.

Thanks to the humongous success of his debut film, Uppena, Buchi Babu Sana has become a sought-after director in Tollywood. The talented director has already signed a couple of projects with top banners and is currently holding talks with a star hero for his next film.