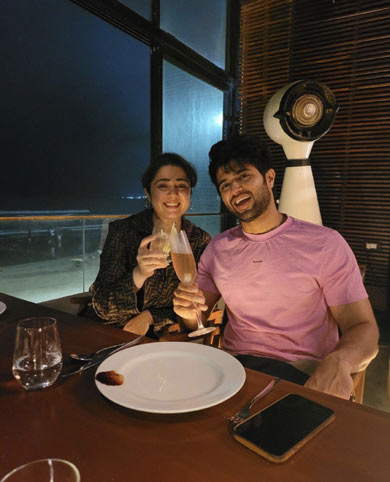 Young sensation Vijay Deverakonda is ready to entertain his fans and others in August with his upcoming movie, Liger. Directed by Puri Jagannadh, the film has Ananya Panday as the lead actress.

The recently released trailer has received a massive response from everyone and created hype on the movie. In the meantime, Charmme Kaur, one of the producers and the Liger actor Vijay Deverakonda, celebrated the success of the film by having wine at a lavish resto-bar in Mumbai. A pic of the moment, shared by the lady producer, is now doing rounds on social media.

Liger has Ramya Krishnan, Mike Tyson, Ronit Roy, Vishu Reddy, and others in key roles. Produced by Puri Connects and Dharma Productions, the movie is confirmed to release in all major South Indian languages and Hindi on August 25, 2022.