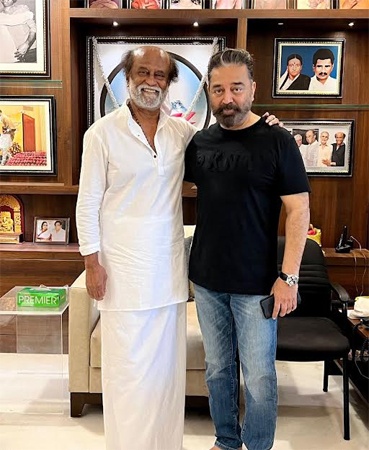 Universal actor Kamal Haasan‘s Vikram is up for a grand theatrical release on June 3, 2022, worldwide. Having star heroes Vijay Sethupathi and Fahadh Faasil, the biggie is directed by the young filmmaker Lokesh Kanagaraj.

Today, the legendary actor Kamal Haasan has met his friend and superstar Rajinikanth at his residence in Chennai. Director Lokesh Kanagaraj and R Mahendran also met the star hero.

The pics of their meet have been doing rounds on social media. It looks like, the team has met Rajinikanth to invite him for a special premiere of Vikram. We need to wait to know more details about their meet.

Vikram, the action entertainer will be released in all South Indian languages and Hindi. Anirudh Ravichander has composed music for this movie, which has Suriya in a powerful role. 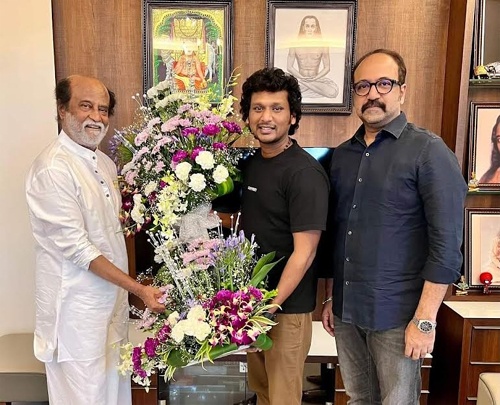