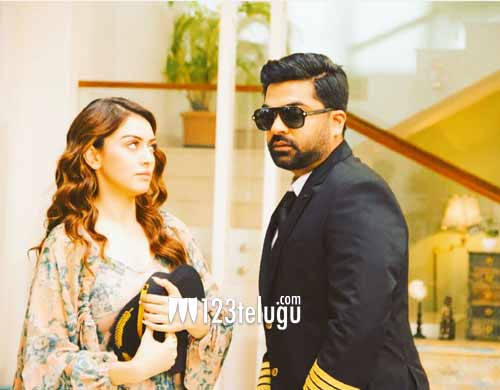 Tamil hero Simbu and star heroine Hansika have been romantically involved some years back before they broke up and moved ahead in life.

Now, after years of staying away, they have teamed up for a Tamil film called Maha. The shooting of the film is on in full swing and a snap from the film has gone viral now.

Seen here in the picture are Simbu and Hansika looking fabulous together. The film is written and directed by U R Jameel. Ghibran scores the music for this film.