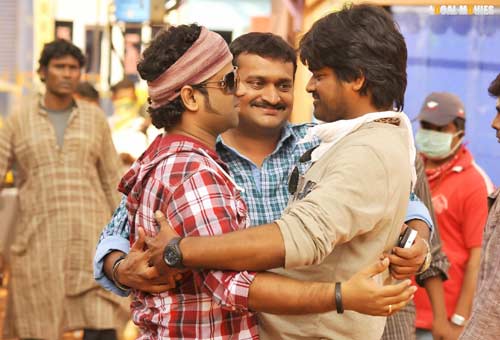 Gabbar Singh is a film that changed the star status of Pawan Kalyan, Harish Shankar, Bandla Ganesh, and DSP. The film was such a bit that it is remembered even now after all these years.

Years later, Harish Shankar will once again direct Pawan Kalyan for his next film. Meanwhile, a crazy snap from the sets of the film has gone viral in social media.

Seen here in the picture are DSP, director Harish and Badla Ganesh happily having a group hug. Such wonderful times this team had during the making of this film.