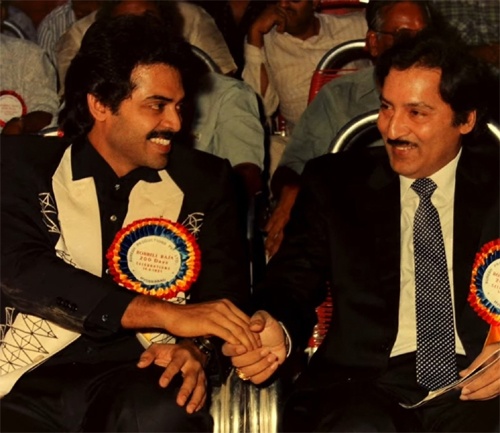 During the fag end of his career, he was not seen much and not many of his interviews have been recorded as well. Only some precious pictures like the one shown above keep coming out one after the other.

Seen here in the picture is Victory Venkatesh having a special moment with Sobhan Babu during one of the film events of Venkatesh. Both the heroes look quite handsome and bring back a lot of memories.