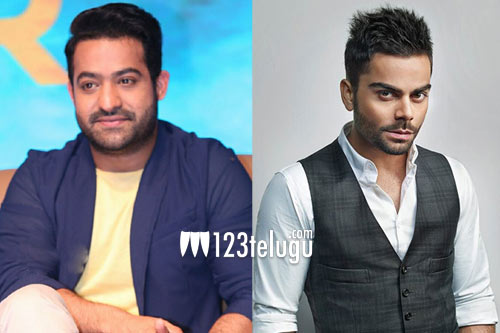 If the ongoing speculations are anything to be believed, Indian cricket captain Virat Kohli and top Tollywood star NTR will be teaming up for an ad film. According to the reports, Virat, NTR and several other pan-Indian celebrities will be seen in a public service message film which will highlight road safety.

The ad film will throw light on the dangerous repercussions of drunk driving and other traffic awareness messages. However, whether both Virat and NTR will be sharing screen space with each other or not remains to be seen. While Virat is currently in the UK for the ICC World Cup, NTR has been shooting for RRR in Hyderabad. Stay tuned for more details.